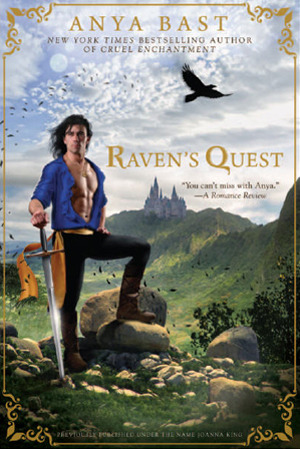 Author: Anya Bast
Publisher: Berkley publishing group
Publish date: 14th April 2011 (UK)
Genre: Epic Fantasy Romance
ISBN: 9780425238806
Guest Reviewer: Blodeuedd
Alternative-Read.com
Numia is a land torn apart by war. King Magnus killed his brother, and his brother’s family to take over the throne. Then he set out to conquer neighboring countries and to rule with an iron fist. The people are suffering, magic users are hunted, and hope is lost. But there is one who fights, Lucan, the only member of the royal family who managed to survive. He leads the rebels, who are fighting to take back the country. Then there is Branna de Cattia, a woman coming to Numia to find the man who can help her defeat the tyrant ruling Numia. She has seen her country pillaged and priestesses killed, and as high priestess it is now up to her to set things right. But then she meets Lucan and nothing is the same anymore.
Now what would a country be without a wicked king? Magnus is cruel, despicable and a great bad guy. He always wanted to rule so he took his chance. He is pretty fascinating for an evil tyrant, and Bast managed well there. Branna is a sweet heroine who is all about magic and her people. She does not mean to defeat Magnus by force, no her magic can’t be used for evil things like that. I admired her courage and her will do to what is right. Lucan then, oh he used to be another man, but then the horrors happened and now he just wants his revenge. But he is a good man; he takes care of his soldiers and is not willing to leave anyone behind. He may not think it himself, as he was only the fourth son, but he has greatness in him, and would become a truly good king.
This was a fantasy romance. There are interesting countries mentioned, a nice system of magic, and fighting. But all over that there is the romance between two characters drawn to each other even though Branna knows she has another man to find. There is lightness over the entire book, and you know that whatever happens you will still get a HEA even if it looks really dark at times. This is after all still romance.
It was a  good book that had me cheering for the main characters, it was light, a fast read and it had my favorite thing in it, fantasy.

Blodeuedd is an avid reader of fantasy, urban fantasy, historical fiction and all sorts of romance subgenres. Currently her favourite authors are Robert Jordan, Patricia Briggs, Gail Carriger, Michelle Moran and Suzanne McLeod (among many many more). When not reading you’ll find her in front of the computer blogging away over at Books for Life. She resides in Finland.

۞۞GIVEAWAYS۞۞ —
Describe your life OR one of your books in only #6words #amwriting http://bit.ly/gcYh7M
*All giveaways are open to all WORLDWIDE unless otherwise stated.
Join our chat over at the
Yahoo Chat and Promo group!
(and claim your free e-books!)
Group Rules*::No Promo’s Mondays-Thursdays ONLY chat
Promo companies are limited to two posts per day per company on Fridays-Sundays keeping within the rules above. Thank you!

*The only exception to these rules are for our affiliate authors who can post promos any time.