Welcome to our Saturday Spotlight, here on Alternative-Read.com – Today we are really pleased to welcome back bestselling author, Natalie Walters.

Deadly Deceit by Natalie Walters is a story with a lot of mystery and action blended with some romance. As the chapters progress so does the suspense.

The story starts out with an intense scene where the main heroine, Vivian DeMarco, finds her boss lying on the floor and just minutes away from death. Readers might remember her from the previous book, Living Lies, but in this novel, she more than redeems herself. She works with Deputy Ryan Frost who is assigned to investigate. After the death is ruled a murder, he and Vivian work together, searching for clues. When a video surfaces of her boss, with a mysterious woman, Vivian realizes that there is a blackmailer out there who wants to be compensated. Soon, there are more people involved as the blackmailer, known as The Watcher, tries to make everyone’s life miserable and leaves a trail of destruction in his midst. The deeper Vivian and Ryan dig, the more twisted the truth becomes with false leads and incriminating emails that  put Vivian’s life in danger.

The banter between Ryan and Vivian adds to the storyline, especially when they discuss Super Heroes. Both had some great one-liners that added humor to the intense plot. Ryan was lovingly nick named Captain America. As Vivian states, “why’d he have to be so Captain America-like? If he had the arrogance of Tony Stark, it would be a lot easier to hate him.”

This story has danger, extortion, fires, and family secrets.  Readers are kept guessing until the last few pages. This is an incredible story of family, forgiveness, redemption, and love.

Elise Cooper:  Do you think this was a cat and mouse storyline?

Natalie Walters:  Yes.  I knew DC was the hub for different agencies.  I have seen friends go through training courses there and come out of it physically and mentally different. I decided to create the “Advanced Tactical Response Task Force” at Quantico where the hero, Ryan Frost, went to be trained to help him with his role as a deputy.

EC:  How would you describe Ryan?

NW:  An All-American guy.  He is kind, passionate, and generous.  After his father deserted the family he had to grow up fast and become the man of the house.  This helped turn him into someone with a care-giving, protective nature. He has a wicked sense of humor and is fun to be around.  I think he is witty, humble, funny, kind, and responsible.

EC:  How would you describe Vivian?

NW:  In the last book she came off as very brash, tenacious, and driven.  In this book, I wanted to find out what made her into this person. Although she has a take-charge attitude, she does not want people to get hurt by her stories. Because of issues with her father, she has insecurities that have caused her to build a wall. She does not want to appear soft, seeing it as a weakness.  Vivian is really good at keeping herself at a distance from people so she doesn’t get hurt.

EC:  In this book and the last book the fathers seem to be not the nicest of people?

EC:  How would you describe the relationship between Ryan and Vivian?

NW:  They have some cute banter.  The digs they give each other are flirtatious.  They are quite perfect for each other. Ryan is loyal, dedicated, and devoted, something Vivian needs in her life.  An important message to her is he will not be pushed away.

EC:  You have a quote about lovers?

NW:  You must be referring to this one, “The right kind of love isn’t earned…That’s the beauty of godly love.  The kind that is forgiving, unwarranted, undeserving, and unconditional.” When people are single it is all about me, me, me.  In a relationship, it is about giving your best to your partner. Trust is so important, to give 100% of yourself. There should always be unconditional love between partners, parents, children, and friends.  It is a give and take.

EC:  Blackmailers win because the cover-up is worse than the crime?

NW:  Everyone has something in their past that they are not proud of.  Sometimes we hold it in, but if it comes out, it can be used against us.  I think that is why people hold their secrets close to their heart. They are afraid of what will be done to them.  Often times the fear is actually worse than releasing the feelings.

NW:  I have children where we have seen the Marvel movies multiple times.  All that information has just seeped into me because of my photographic memory.  I think it was a fun way to show the commonality between Ryan and Vivian.

EC:  Your next book?

NW:  It is title Silent Shadows.  The heroine is a secondary character in this book. She is hiding something that catches up with her.  The hero is Captain Colton Crawford who is one of her patients. He is facing a life changing illness that challenges what he has imagined for his life.  I would also like to write a series that continues these characters stories.

If you liked this interview

When journalist Vivian DeMarco’s boss dies under suspicious circumstances, her only hope for finding the truth is Deputy Ryan Frost. The deeper they dig, the more twisted the truth becomes, and someone called The Watcher forces Vivian to decide what she’s willing to lose for the sake of a headline. 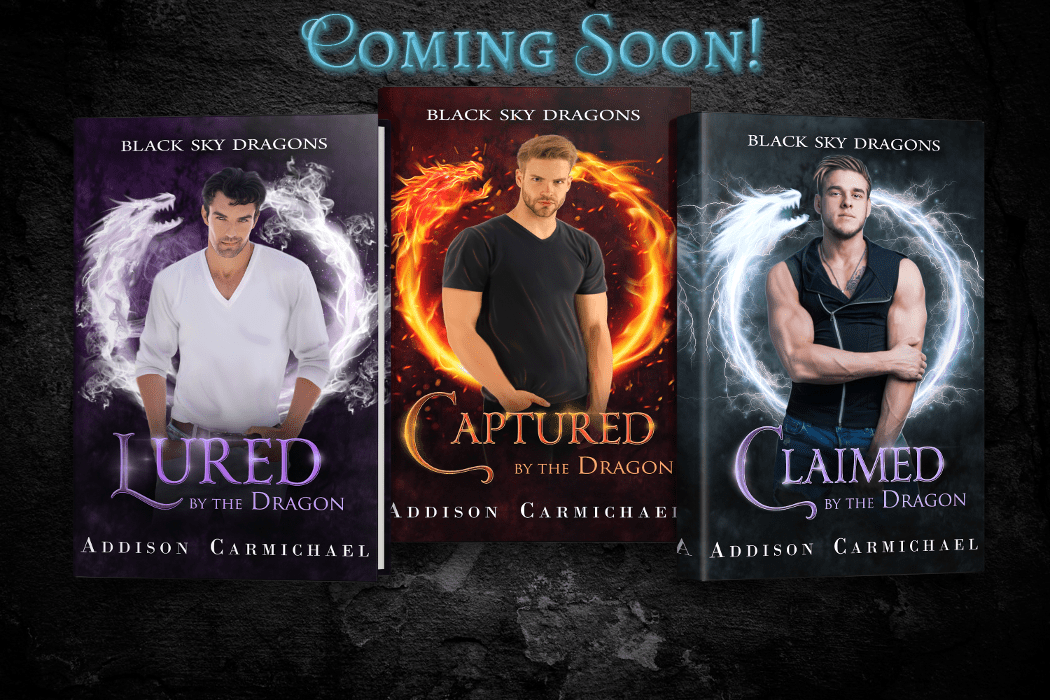 Welcome to Alternative-Read.com! Really pleased to be part of this tour, and I especially love that I can feature this dragon series with all these beautiful covers on MY BIRTHDAY! (Insert cheesy grin) 😀 You&#8217;re NEVER too old to enjoy yourself! hahaha! Hunted by the Dragon Black Sky Dragons Book 1 by Addison Carmichael Genre: [&#8230;]
00
Pinned onto
Promote Your Books and Reading Recommendations Group!
%d bloggers like this: