Here we focus on a different author every Sunday -- be it a classic writer you know and love, a New York Times / Sunday Times bestseller, or an Indie Author deserving to step up into the spotlight and have their voice heard.

Data was an emotionless crew member on Star Trek: very useful, but incapable of feelings. The Terminator was an emotionless killer. The artificial beings on the tv show “Humans” seem to have a limited range of emotions, some of them distinctly unfriendly. Holly is different from any of them. Indeed, Holly, the heroine of my most recent novel, The Electric Woman, is a rare creation in robot and android literature—she can and does display the full range of human emotions—loneliness, fear, love, the need for reassurance—the pain of loss.

The trouble begins soon after her “birth”. She shocks her creators by becoming self-aware. Since we still don’t understand what consciousness is, its appearance in an artificially-created and supposedly tightly controlled android creation confounds her makers. She soon proves capable of displaying human emotions but is not equipped to deal with them. Her initial shyness and confusion give way to increasing anger, not only at her creators but those who would use her for their own nefarious purposes. For unknown even to her, she is equipped with the skills of an assassin, and created for deadly missions for the Army, when her controllers decide the time is right.

Those researchers currently working on human-like androids, which may be realized much sooner than we think, assume that their creations will be obedient and emotionless, built to carry out whatever tasks their makers desire. But the appearance of consciousness, if were ever to happen, would create enormous ethical dilemmas: who would own these entities? What rights might they have? What will happen to them when their missions are complete, or they are succeeded by a superior version, or their usefulness comes to an end? We are not prepared to deal with those questions now. Let us hope we are prepared to deal with them by the time when one of our creations, someday, turns to its creator and says, “No. I won’t.”

Meanwhile, I hope you’ll investigate Holly in The Electric Woman. Inside you’ll find all the above—and a love story like no other.

by James Scott
4.56  ·   Rating details ·  9 Ratings  ·  3 Reviews
Woman in the making. Companion. Assassin. Holly is all of them, and more. Los Angeles, 2031: Robotics engineers create Holly, a female android nearly indistinguishable from humans. Sent out into the world on a field trial as a housekeeper, but programmed with secret and deadly skills even she is unaware of, Holly shocks her creators by becoming self-aware, and manifesting deep human emotions. Seeking only love and companionship, Holly is unconcerned with the firestorm of ethical dilemmas her independent consciousness creates. But as a deadly plague collapses the world around her, the talents of an assassin, buried deep in encrypted files, begin to surface. Will she use them to save, or to destroy? With a price on her head as she searches for the deadly adversary responsible for the plague, Holly begins to realize that “something terrible is awakening within me.

Other books and authors we featured this past week are: 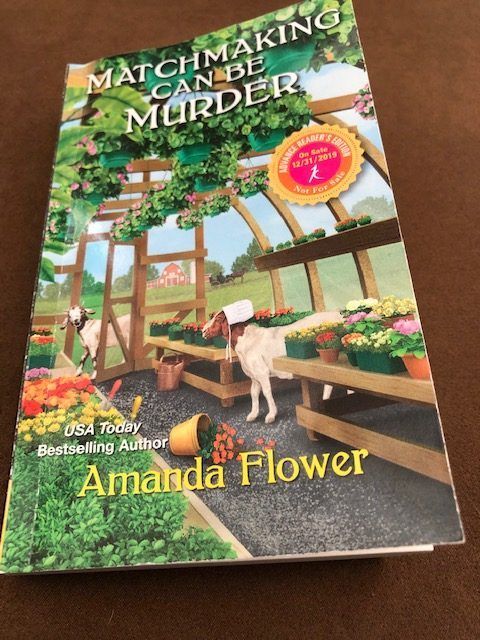