Here we focus on a different author every Sunday -- be it a classic writer you know and love, a New York Times / Sunday Times bestseller, or an Indie Author deserving to step up into the spotlight and have their voice heard.

So, lets meet this Sunday's Spotlight Author! Today this book is available for review. So get in touch and grab your copy today!

Flesh and bone and hearts unknown, lead to the rath and your fate will be shown…

Deadmarsh. The name struck terror into the hearts of all who heard it. But to Roger Knightley, neither Deadmarsh the house, nor Deadmarshthe family, had ever been anything to fear. Nearly each summer of his young life had been spent in that manor on the moors, having wild adventures with his cousin, Lockie, the Deadmarsh heir. This year should have been no different, but when Roger arrives, he finds everything, and everyone, changed. The grounds are unkempt, the servants long gone. Kip, the family cat, has inexplicably grown and glares at Roger as if he is trying to read the boy’s mind. Roger’s eldest cousin, Travers, always treated as a servant, now dresses like a duchess and wears round her neck a strange moonstone given to her by someone known as Master Coffyn, who has taken over the teaching of Lockie at a school in Wales called Nethermarrow.

And soon after he crosses the threshold of Deadmarsh, Roger discovers that Coffyn has overtaken Lockie. The boy is deceitful, riddled with fear, and has returned bearing tales of creatures called Jagged Ones that claim to be of the Fey and can somehow conceal themselves while standing in the full light of the moon. What they want with Lockie, Roger cannot fathom, until the horror within his cousin lashes out, and it becomes savagely clear that these Jagged Ones and the Dark Wreaker they serve are not only after Lockie and Travers, but Roger, too.

Joining forces with an ally whose true nature remains hidden, Roger seeks to unravel the tapestry of lies woven round his family’s connection to the death-haunted world of Everl’aria—and the Dark Wreaker who calls it home. The deeper Roger delves into the past, the more he begins to suspect that the tales of dark deeds done in the forest behind Deadmarsh, deeds in which village children made sacrifice to an otherworldly beast and were never seen or heard from again, are true. And if there is truth in these outlandish stories, what of the rumor that it was not an earthquake which rocked the moors surrounding Deadmarsh sixteen years ago, but a winged nightmare attempting to break free of its underground prison? Enlisting the aid of a monster equipped with enough inborn firepower to blast his enemies into oblivion might be as suicidal as Roger’s friends insist, yet the boy knows he needs all the help he can get if there is to be any hope of defeating not only the Dark Wreaker and his servants, but an unholy trinity known as the Bear, the Wolf, and the Curse That Walks The Earth.

And then there is the foe named Blood Wood, who might be the deadliest of them all.

Racing against time, Roger must find a way to end the battle being waged across worlds before the night of Lockie’s eleventh birthday—two days hence. If he fails, blood will drown the earth. And Roger and his entire family will fulfill the prophecy of fey’s older, more lethal meaning…

The Anatomy of A Book Cover

The title was there from the beginning. The idea for the cover, as well—a vision of the fog-haunted nightmare Roger Knightley unwittingly walks into the moment he sets foot in Deadmarsh, the manor on the moors which shares its name with his kin.

Four years and nearly 700 pages later, I finally had the book. You’d think that would have marked the end of the heavy-lifting. All the hard work of writing was over; now it was time for the fun to begin. Time to jacket the pages in dazzling attire and send the novel out into the world…

But you’d be wrong. It’s one thing to have a vision in your head for what you want the cover to look like; it’s quite another to find an artist who gets that vision and is able to magic it into life. Several designers told me my concept was much too technical and complex to ever be featured on the cover of a book. Images that matched my vision just did not exist, and Carver, that charming little blue fellow (So adorable, isn’t he? *shudders*) lurking behind Roger Knightley (I’d like to see what kind of look you’d have on your face were you in Roger’s position!), would be impossible to portray, not to mention the writing on the mirror from a source that might be ally…or enemy. Actually, forget the writing. Even the mirror itself was in doubt!

I’m a tenacious person. All right, fine, let’s be honest and stop sugarcoating. I’m as intractable as a shark that’s latched onto a seal it has singled out for its lunch. I refused to believe no one could do this! It seemed, to quote that wise sage, Vizzini, “Inconceivable!” And it was! Because very soon after I had cut ties with yet another designer, I was fortunate enough to meet Ravven.

A handful of cover iterations were all it took. Ravven was able to reach into my imagination and extract every element that had been racketing around in there for years. From the beautiful woman hovering outside the window, to the blue fog she brought with her from whence she came, to the cat, the mirror, and its writing…and, most of all, to those two combatants in the foreground, the boy and his otherworldly tormentor with talons black as obsidian and sharper than carving knives—it was uncanny how in synch with my vision Ravven was. Her work astounded me, and I am still in awe of it.

Those you see on the cover of Deadmarsh Fey, friend and foe alike, you shall meet within the pages of the book.

Dare you be led to the rath for your fate to be shown?

If yes, then dive in.

And remember …beware what’s hiding in the moonlight.

www.booksinmybelfry.com
~A Writer’s Life For Me

The author has very kindly offered copies of this book to review. If  you’d like to review this book please fill in one of these forms below and I’ll get back to you.  There are two different forms:

​Reviewer without a blog? You might still be able to review for us! (On Amazon and Goodreads?)  Click here to fill in this form. Thank you! ​

Once you fill in one of the two above forms I’ll get back to you with a copy of this book! 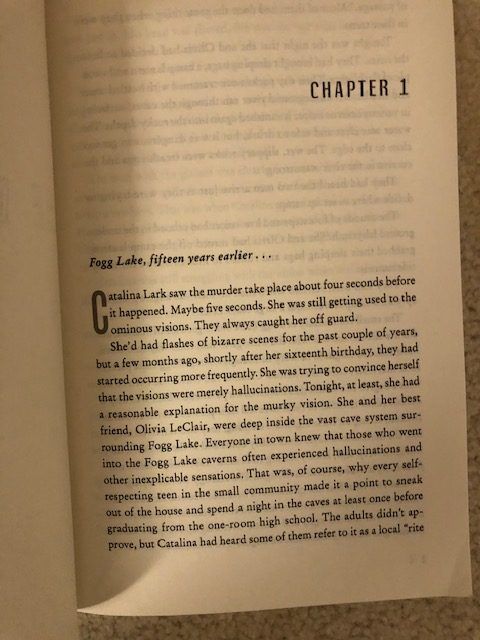