Ex-Special Forces and Vietnam veteran, Jeff Madsen, is back in the firing line, but this time working with USAID in the Central Asian Republic of Kyrgyzstan. When a bomb disappears, it is clear it has been taken possibly by terrorists, but who? It could be Al-Qaeda, the Taliban, what’s left of Saddam’s Amn al-Has, Iran, the Chechens or even the Russian mafia. With the help of US troops stationed in the country, Jeff has the arduous job of tracking the bomb down, and with a ten million dollar reward, the search is on.

However, this story is more than just a military adventure, and this is what makes it special and so suitable for alternative-read.com. It truly is a ‘lively and spirited alternative read’, as stated in our tagline.

Step in the love interest, Cholpon, a honeydew melon farmer and a mystic Sufi. Cholpon lives with a group of nuns lead by the wise visionary Djamila. While conducting a meditation session, Choplon is told that she is needed in a place called Bishkek to fulfil her dharma;

Djamila bowed to her. “Allah-aum.” She took Cholpon’s hand. Although the Shayka’s face was mostly unlined, her hands were wizened and wrinkled. Their touch, though, gave Cholpon a surge of energy that flooded her brain with light and her heart with calm. Just being in Djamila’s presence, or even looking at her picture, had a powerful affect, but her touch was concentrated Shakti force. “Something else was in the vision,” Djamila continued, “something about a man.”

The adventure unfolds as Jeff meets Cholpon, and the patterns of their destiny begin to form. Despite the fact that their backgrounds couldn’t be further apart, they discover a mutual attraction for each other and soon a beautiful relationship develops. Unfortunately, Jeff has a lot of healing to do and with the help of Cholpon, and the wise words of Djamila, he learns to treat his old pains through meditation and prayer. Physically and emotionally scarred, Jeff has to face up to the horrors of Vietnam because he believes his own mistakes cost the life of his best friend and team sergeant. In addition, new battles emerge, as he copes with his wife, Valerie’s, request for divorce, and the guilt of ‘still being married’ and finding himself falling in love with another woman.

As an anti-war activist, Hathaway is a member of Veteran Call to Conscience, an organisation that encourages soldiers to refuse to kill. He is also involved with a group of European peace workers who have established a sanctuary network sheltering US soldiers who refuse to serve in Iraq and Afghanistan. His involvement with these parties is evident in his book, which carries a universal message of love, hope and peace that really shines through and shows his ability to explore what would happen if everlasting happiness and peace were to be found. 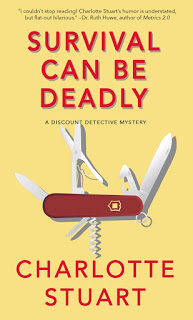